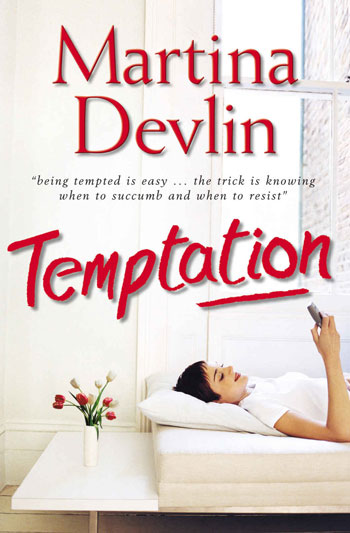 Being single is the ideal state, except when it palls. Which is how, on New Year’s Day, Kitty Kennedy found herself considering husbands. Not potential ones – her two discarded husbands.

Tom Ewell wasn’t paying the slightest attention to her. He was frantically dimming lights, activating mood music and camouflaging evidence of his status as husband and father, in preparation for a visit from his upstairs neighbour, Marilyn Monroe.

Kitty had faked most of her orgasms with number two, without any clear idea of why she’d bothered. Some misguided sense of politeness, probably. Or maybe it was so that he’d stop doing what he was doing to such little effect.

She resumed addressing Tom Ewell, who looked a little over-ripe to be intent on seducing Marilyn Monroe. Then again, all men in Fifties’ films looked middle-aged, especially the really juvenile ones. ‘Ryan’ – he was husband number one – ‘had no interest in shopping or supermarkets. If you’d explained to him that own-label Fruit&Fibre was cheaper than Kelloggs’ and tasted only slightly less appealing, he’d have called you pathetic or unstable or both.’

Ryan had been an utterly focused person. His emotional telescope had been trained on Kitty for the two years of their marriage and the preceding six months of courtship – that magnificently quaint term which covered every activity from holding hands to the nightly creak of bed-springs. He hadn’t been able to resist her, that’s why he had been so irresistible. Ryan had made it his mission to give her pleasure but she hadn’t valued it. Pleasure, she’d assumed, would be more or less automatic in such circumstances.

Husband number two had cured her of that misconception. Kitty presumed she must have had her reasons for marrying Benjamin but she was hard pressed to remember them now. At least with Ryan there had been the excitement of being swept off her feet in a tidal wave of post-adolescent passion. Plus she could always cite immaturity in her defence: ‘I was only twenty, Your Honour.’

Ryan’s response to her had been so compelling that how she had felt about him had seemed irrelevant. At least initially. His intensity, however, had been why he had started to chafe against her. So much attention had crowded Kitty, unable to lift a mug to drink her coffee but he’d offer her a refill. She knew some women would have felt cherished by such devotion but she’d been unnerved, then sullen and finally cornered.

Kitty resumed her monologue. ‘You see, Tom, I thought all that spine-tingling pleasure and sitting pretty on a pedestal was normal, sap that I am. Nobody told me it was beginner’s luck with Ryan.’ She jiggled the remote control to lower the sound; Marilyn’s breathy whimsy was interrupting her. ‘Of course, with the benefit of hindsight, I dismissed Ryan too lightly – but hindsight is fool’s wisdom, according to Noreen-dear.’

Noreen-dear was Kitty’s mother. Typical of the woman, intruding on her harmless flirtation with Tom Ewell. She had no life of her own so she gate-crashed other people’s, specifically her two daughters’. Kitty dropped the zapper, aware that she was in trouble: she hadn’t yet phoned the woman who’d given birth to her to wish her a Happy New Year. The longer she left it, the more trouble she’d accumulate, for the woman who’d given birth to her had certain expectations. Kitty shifted uneasily, clasping her knees to her chest inside her nest of pillows and duvet: it wouldn’t kill her to lift the phone – but her mother would cajole her into ordering a taxi and being driven to number sixteen, Hunter Crescent, Bray. The seat of her jurisdiction. She was impregnable there. Kitty and her sister joked that Noreen-dear had a secret spring in the garden where she bathed to prolong her powers, like Ursula Andress in She.

Whatever chance there was of defying Noreen-dear at a distance, opposition was futile once you stepped into the kitchen in Hunter Crescent. Her mother was a singularly determined woman and Kitty lacked the energy for a close family encounter today. Family life was for parachuting into; isolated snatches of its borderline sanity were as much as anyone could manage. She couldn’t face any of it today, however, for Kitty wanted to lie in bed mulling over what a banjax she’d made of her life.

It was how she always liked to start the New Year.