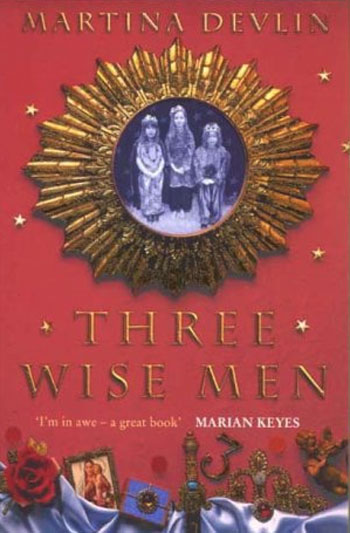 Gloria, Eimear and Kate have been friends since they were a trio of six year olds cast as The Three Wise Men in the nativity play. Twenty-five years on, they’ve left Omagh for Dublin and grown up to be the Three Unwise Women, all too prone to misuse the gifts they’ve been given. Eimear’s beauty captivates men but robs her of her independence. Kate’s dazzling wit blinds her to the consequences of betraying a friend. And Gloria’s urge to nurture, thwarted by infertility, threatens to destroy everything she holds dear.

Aided and abetted in their misdeeds by the irresistible Jack, their philandering poet and seducer extraordinaire, the troika find themselves putting their friendship to a test from which it may never recover.

To this black comedy Martina Devlin brings a delightful lightness of touch, a turn of phrase to treasure, and three characters to take to your heart.

In ‘The Three Wise Men,’ Martina Devlin explores life, love and friendship in this modern parable which is more noirish than Oirish.

‘It’s a real believable, compelling read. This is my Ireland, these are the women I know. She draws friendship and love, with its attendant comforts and pains, with unflinching honesty . and into the bargain, it’s funny.’ – Marian Keyes